It’s a well known fact that Frog’s legs and snails are a French delicacy and have been for centuries. Well, they remain on the menu today but go hand in hand with some other gloriously delicious dishes too.

It’s almost a rite of passage when visiting France to at least try ‘escargot’ or snails. To eat snails you are given an implement similar to tongs which grips onto the shell. You then use a tiny fork to pull the snail out. The very thought of probing for it and then drawing it from its shell may well put you off in the first place but to experience its fleshy texture like chewy mussels or calamari, is definitely a unique experience. Escargots tend to be eaten with lots of butter, garlic and parsley, so that the snail itself is obscured and soaking up the tasty sauce with the crunchy bread is a definite must do. 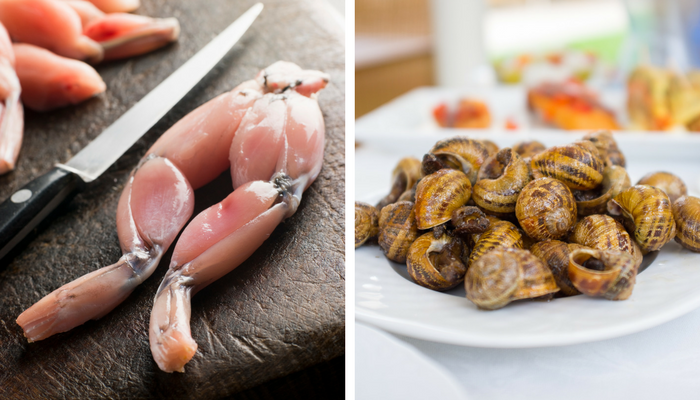 Many people may think that snails are unsavoury and they can be a problem if they aren’t prepared properly. It is crucial to clean them inside and out by purging them of anything toxic they may have eaten. Then there’s a complex routine of washing, boiling, cleaning and cooking – usually a three day procedure that probably explains why the best escargot are a little expensive.

The Cuisses de Grenouille is the typical French dish we call frogs’ legs. It is traditionally associated with French cuisine though frogs’ legs are cooked in various places all over the world. Frogs’ legs are rich in protein, vitamin A and the omega-3 fatty acids so are very nutritious. Many say that they have a flavour akin to chicken as it’s very mild and the texture is similar to chicken wings and as you can imagine, a lot of bones!

Frogs’ legs are usually prepared with butter, garlic and parsley sauce and then served with salad and bread. However, frogs are a protected species in France and so all commercial frog harvesting has been banned since 1980. As a result, almost all of the frogs’ legs eaten in France are imported deep frozen from Indonesia. 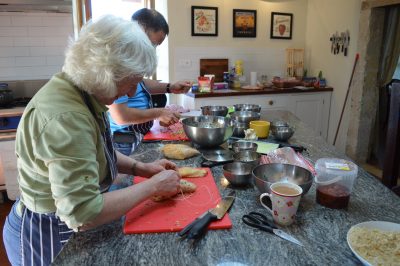 Here at the Gascony Cookery School, Frogs’ legs and Snails don’t feature on our menus but we do introduce you to many other traditional French recipes and cooking techniques. Of course, it does depend on what course you decide to take, but include preparing Foie Gras, Ballotine de Poulet, Soupe aux Deux Poivrons and the classic Duck à l’Orange along with many other fabulously tasty dishes. The best bit is everything you learn you can take home to show off to friends! 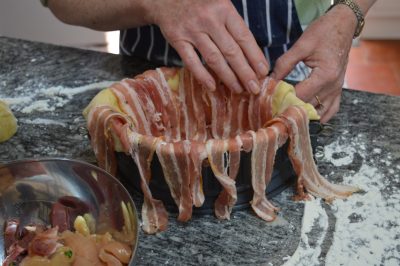 The Gascony Cookery School is very keen to welcome new students. We can offer you a wealth of information, hands on experience and exposure to the culture and climate of  beautiful Gascony.  If you’ve previously enjoyed joining us on a course, we’d love to see you again too so you can once again partake of our Gascon hospitality. To view details of next season’s courses and their dates click here.