Home » News » We’d like to talk about your language! 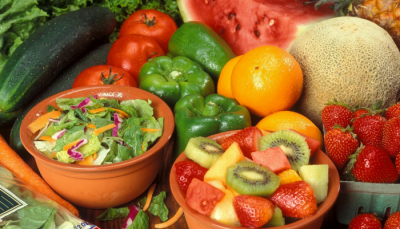 In France there are many food related idioms which are regularly used – here are some of them!

This is said when something is very sad or a sad sight to see.

A phrase  used when something is purchased for a small amount or is inexpensive.

When you ‘bring a strawberry’ into a conversation you’ve joined it without being invited to or you’ve butted in.

English use ‘get lost’ and this is the French equivalent but in a more productive way!

If you are in a mess or a poor situation this expression would be used. This idiom is a play on words between ‘chou’ (cabbage) and ‘échouer’. The verb échouer means ‘to fail’. This sounds just like chou!

A term used about being ungrateful. In English the equivalent phrase would be ‘to bite the hand that feeds you’

In other words, mind your own business!

Ever had too much to do? This is the phrase you would use. The English would use ‘to have their work cut out for them’

If you are short this may be used to describe you.

An expression used when a big deal or a big fuss is made about a situation or someone.

If someone is sure of themselves, cocky or over-confident they would have melon!

This means to improve your financial situation or to earn some more. It’s thought this comes from getting enough money to buy butter to add to spinach to make it taste better!

An expression used when someone is bad at doing something! Be careful who you call a quiche!

This phrase is used when someone is feeling tetchy or irritable and would easily get angry. It comes from cooking soup with the addition of milk which can boil over easily is not watched closely. ‘

If you’re telling lies or making up stores you are telling salads!

A phrase used when embarrassed so it speaks for itself.

Beans are a basic ingredient, so when there’s none left it’s dire and the end of the beans! Don’t worry It’s only usually used to make light of a serious situation.

If you’ve backed down on an argument or toned down your stance you will have watered down your wine.

Means you are completely sozzled! Definitely different to the English version of ‘buttering up’ to someone when you want something, though alcohol could be involved!

You can rest assured the Gascony Cookery School kitchen will not give you ‘a meal without cheese’ or ‘put water in your wine’! Indeed, you will have the opportunity to enjoy the many fresh ingredients, local cheeses and wines the Gascony region has to offer throughout your stay with us. So, why not take a look at our courses here.